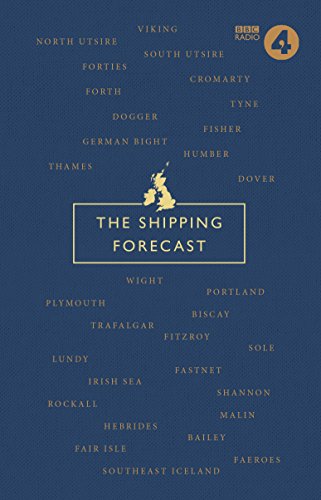 The rhythmic lullaby of ‘North Utsire, South Utsire’ has been lulling the nation’s insomniacs to sleep for over 90 years. It has inspired songs, poetry and imaginations across the globe – as well as providing a very real service for the nation’s seafarers who might fall prey to storms and gales. It has inspired everyone from Seamus Heaney to Radiohead, and from Radio 4 announcers to the writers of Keeping Up Appearances. In 1995, a plan to move the late-night broadcast by just 12 minutes caused a national outcry and was ultimately scrapped.

Published with Radio 4 and the Met Office, The Shipping Forecast is the official miscellany for seafarers and armchair travellers alike. It features fascinating facts alongside lyrics from Seamus Heaney, Carol Ann Duffy, Radiohead and more. From the places themselves – how they got their names, what’s happened there through the ages – to the poems and parodies that it’s inspired, this is a beautifully evocative tribute to one of Britain's – and Radio 4's – best-loved broadcasts.